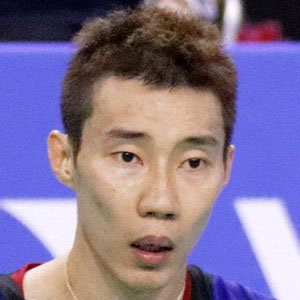 Badminton player who made his Olympic debut at the 2008 games in Beijing, where he earned a silver medal.

He began playing badminton at age 11, and was drafted to the national team at age 17.

He was the third Malaysian player to be ranked number one, joining the likes of Roslin Hashim.

Lee Chong Wei Is A Member Of