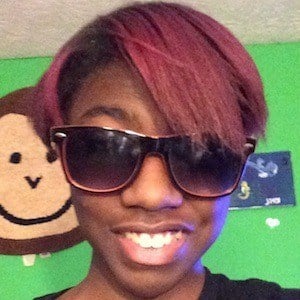 Funimate star whose verified account has earned her more than 50,000 dedicated fans. She has been featured over three dozen times on the app for her lip syncs and creative video edits.

She received her first featured Funimate video after only two months of using the app. Two months later she'd been verified.

One of her popular featured Funimate videos is captioned "Emoji Me or Real Me." It earned over 20,000 views after it was posted.

Since beginning her Funimate career, she has become friends with Alia Stavola, Harry Montalvo, and TashiYoko, amongst others.

Kaia Barr Is A Member Of