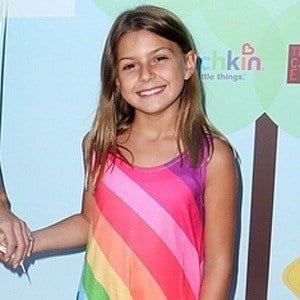 Known as the daughter of Make It or Break It actress Rosa Blasi and former New York Giants fullback Jim Finn.

She has a self-titled YouTube channel where she has posted several videos like DIYs and routines. She is also popular on Instagram, earning more than 30,000 followers.

Her parents were married from 2004 to 2008. After their divorce, her mother remarried to Todd William Harris in 2014.

In 2015, her mother took her to the opening of the Abby Lee Dance Company Los Angeles where she met Maddie Ziegler.

Kaia Finn Is A Member Of