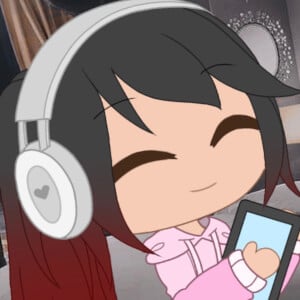 Social media star who has gained fame for her Kaitlyn Flames YouTube channel. She primarily makes animated videos with characters she has created in original stories. She has earned more than 81 million views for her original Gacha Life short films and pranks.

She began her YouTube channel in July 2018. She published cover songs that she later deleted due to a lack of interest from viewers and after gaining traction for her Gacha content.

She has amassed more than 650,000 YouTube subscribers. One of her most popular videos is a 20-minute animated story. It has gained over 12 million views.

She was born and raised in Canada. She's allergic to many foods, including eggs, peanuts, sesame and honey.

She and Gacha Mike are both famous Gacha YouTubers.

Kaitlyn Flames Is A Member Of