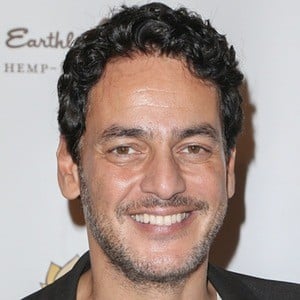 Egyptian actor who has risen to fame for his work in Egyptian and English-speaking TV and film, including on the FX drama Tyrant. He earned massive critical acclaim for his turn in the 2013 Egyptian drama film Villa 69, for which he won the HORUS Award for best actor.

He studied theatre at the American University in Cairo. He moved to the US in 1997 to further study film.

He became a central celebrity figure in favor of the January 2011 Egyptian Revolution. He has worked as a Goodwill Ambassador for UNICEF Egypt.

He has two siblings named Tarek and Seif.

Kal Naga Is A Member Of