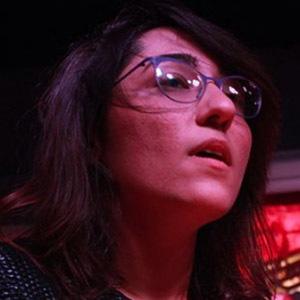 Turkish singer and musician who is known for her popular singles "Just" and "Lulu". She has earned representation from the Dogan Music Company record label and is also known for her 2017 hit album Forever.

She first started playing guitar at the age of 8. She then attended Bilkent University where she graduated in 2007. She then started her post graduate studies in Graphic Design in 2011. She went on to release the single "Just" in 2014 and gained further attention in 2016 when she released her self-titled debut album.

She has won several awards for her music including Best Performing Artist at the 2017 Turki Youth Awards, Best Album of the Year at the Magazinci Awards and Best Female Singer at the Turkish Music Awards.

She was born and raised in Iskenderun, Hatay, Turkey and received her first keyboard from her mother.

Other Turkish singers and artists who have also signed with the Dogan Music Company include Aydin Kurtoglu and Mustafa Daood.

Kalben Is A Member Of