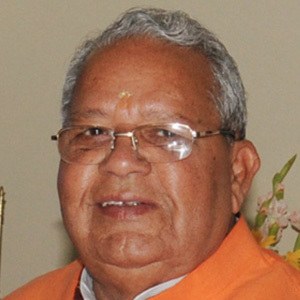 He earned his masters degree from Mahatma Gandhi Kashi Vidyapith, Varanasi and started his political career as a member of RSS in 1955. He gained further attention as a member of parliament for Rajya Sabha in 1978.

He is also known for having served as Minister of Micro, Small, and Medium Enterprises from 2014 until 2017.

He married Satyawati Mishra in 1963 and together they had three children.

He served under Prime Minster Narendra Modi as Minister of Micro, Small, and Medium Enterprises.

Kalraj Mishra Is A Member Of