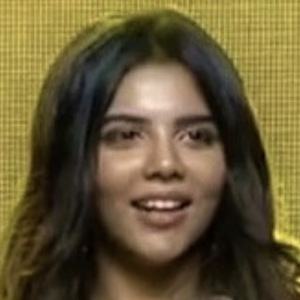 TV actress who had her acting debut in the Teglu language film Hello in 2017. She has over 1.2 million followers on her Ramya Krishna Instagram account.

She worked as an assistant production designer in the Bollywood film Krrish 3 in 2013.

In 2016, she worked as an assistant art director on the film Iru Mugan.

Her parents are actress Lissy and filmmaker Priyadarshan.

She acted opposite famous Teglu actress Ramya Krishnan in Hello.

Kalyani Priyadarshan Is A Member Of