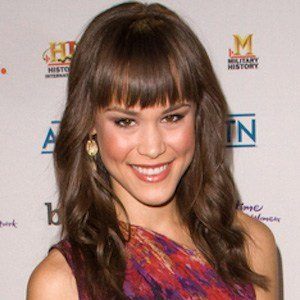 American model who has done work for brands like Maybelline and Macy’s. She was the winner of the sixth season of Project Runway.

She began modeling at the age of fourteen.

She played the role of Christy in the 2013 short film Eviction.

She has acted alongside Chris O'Donnell in the TV show NCIS: Los Angeles.

Kalyn Hemphill Is A Member Of