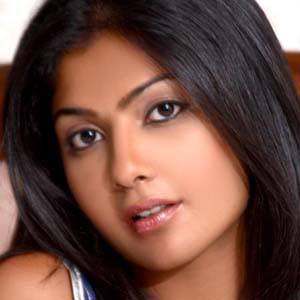 Actress in Telugu, Tamil, Malayalam, Hindi, Bengali and Kannada-language films who is best known for films like Anand.

She graduated with a degree in English Literature, and made her acting debut in 2004's Phir Milenge.

She was nominated for the Filmfare Best Actress Award for Gamyam in 2008, and for Gopi Gopika Godavari in 2009.

Her mother worked as a jewelry designer.

She and Nagarjuna Akkineni have both won Nandi Awards for their acting.

Kamalinee Mukherjee Is A Member Of