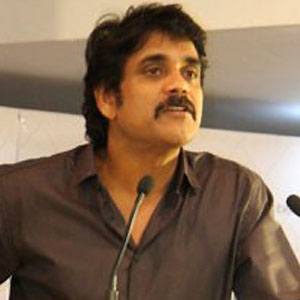 Teluga film veteran who became a nine-time Nandi Award winner and two-time National Film Award winner. In 2014, he appeared in Manam and a film by Mani Ratnam.

He had his first starring film role playing the title character in the 1986 drama, Vikram.

He married his second wife, Amala Akkineni, in 1992. He has two children named Naga and Akhil.

He co-starred with Mohan Babu in the 1997 Telugu film Annamayya.

Akkineni Nagarjuna Is A Member Of