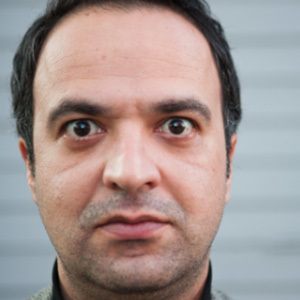 Iranian political satirist, radio host, and television personality who is best recognized for hosting the popular satirical news series Poletik. He is also known for his popular podcast Five in the Afternoon which discusses human rights in Iran.

He studied dramatic literature and acting in Iran and went on to work as a writer and director. He started working for Radio Free Europe in 2000 and gained an international audience in 2011 when he guest starred on an episode of The Daily Show.

He is known for having received the Reporters Without Borders User Award which honored his advocation of freedom of speech and expression.

He was born and raised in Rasht and Mashhad in Iran.

He is known for having interviewed American politician and Presidential candidate Hillary Clinton on his Voice of America program.

Kambiz Hosseini Is A Member Of