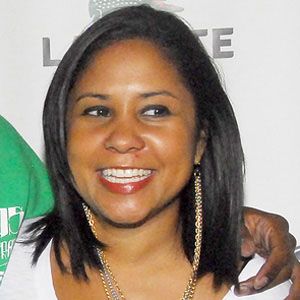 New York City radio host known for hosting The Breakfast Club on Power 105.1 (WWPR-FM). Her show was named by The Source as one of the best radio shows in the country in a special Power 30 issue of the magazine.

She worked at Wu-Tang Management and Eminem's company Shady Limited before moving to the satellite radio station Shade 45.

She was featured on the VH1 reality show The Gossip Game.

She was born in Brooklyn, New York and moved to South Orange, New Jersey with her family when she was five.

She had a widely publicized feud with Erica Mena in 2013.

Angela Yee Is A Member Of