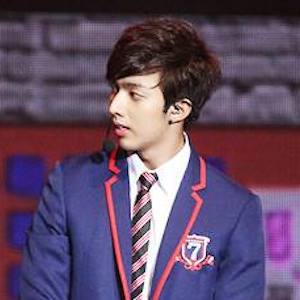 Television actor who is best known for his performances on the popular GMM25 shows U Prince Series and Secret Love Series.

He performed as a member of the boy group X.I.S. prior to pursuing a career in acting.

He obtained a degree in communications from Chulalongkorn University in 2017.

He is originally from Thailand.

Both he and Push Puttichai appeared on U Prince Series.

Kang Vorakorn Is A Member Of