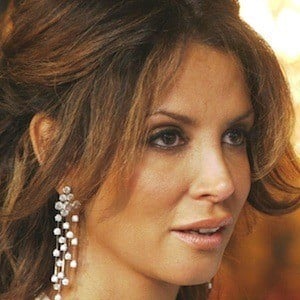 Fashion model and entrepreneur known for gracing the pages of everything from Vogue to Playboy. In addition to her career modeling for brands like Revlon, Maybelline, and Victoria's Secret, she also worked as an entertainment correspondent for Fox News.

After retiring from modeling, she co-founding Hair Rules, a haircare line and New York salon.

She married photographer Sante D'Orazio in 1994, however the pair divorced four years later. She then married Peter Georgiopoulos in 2005. She has two sons, Nick and Dino.

Kara Young Is A Member Of