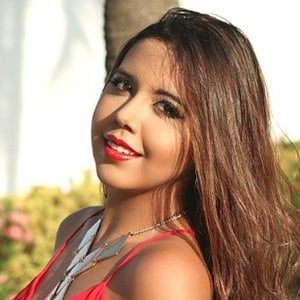 Colombian journalist, social commentator, and television presenter who is known for her work hosting the program El Trip on the Caracol International network. She is also known for her work on the series Pilla the Note on the Telecaribe network.

She began her career on television at the age of 9 when she starred in several programs on the Telecaribe network such as Contact on Line. She went on to study journalism at the Universidad del Norte and then started working in radio when she joined the Radio Libertad and RCN Stations. She started hosting the series El Trip in 2016.

In 2015 she was nominated for Favorite Regional Presenter at the TV y Novela Awards.

While she was born in Cartagena, she moved to Barranquilla, Atlantico at the age of 2 where she was raised.

Other hosts also known for their work with the Caracol International network include Maria Laura Quintero and Carolina Novoa.

Karen Osorio Is A Member Of