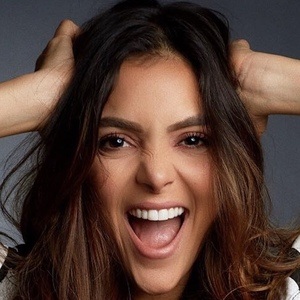 Colombian actress notable for her role in Caracol TV series El Idol in addition to being a presenter of the Telecaribe Happy Day magazine.

Her career in entertainment was kicked off at the age of 14 when she was the presenter of her own segment for in Valledupar Noticias.

She studied finance, government and international relation at the Externado de Colombia University. She was named Ms. Cesar as part of a national beauty contest in 2011.

Her second last name is Dangond. She was born and raised in Valldeupar, Cesar, Colombia. She has been dating Sebastian Villalobos.

She and Lorna Paz collaborated on a social media challenge as seen on her own Instagram account marialauraqd.

María Laura Quintero Is A Member Of