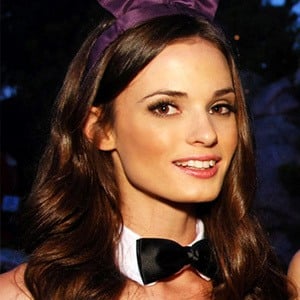 American model who is best recognized for having been named Playboy Miss May in 2010. She has also appeared in Camp Playboy and Splendor in the Grass and shares additional modeling shots through her Instagram for her over 110,000 followers.

She started her modeling career in 2009 when she was asked to model for Playboy Magazine.

She has appeared in several other press outlets and magazines including Guitar World and UMM.

She was born and raised in Southern California.

She has modeled for several photographers including Tony Kelly and Josh Ryan.

Kassie Logsdon Is A Member Of