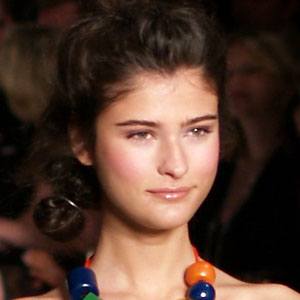 She was born in Skopje and started her modeling career appearing as part of Milan Fashion Week in 2004.

She got her first acting job in 2011, when she was cast in the Macedonian World War II film, The Third Half.

She grew up as an only child.

Like Frances Cobain, she has also modeled for Elle magazine.

Katarina Ivanovska Is A Member Of