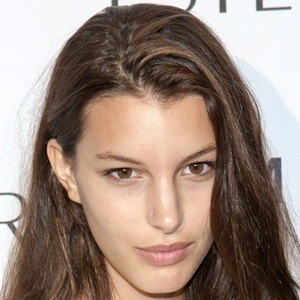 Canadian fashion model who is widely recognized for her many appearances in advertisement campaigns for the luxury Italian fashion house Dolce & Gabbana. She was also a spokesmodel for Gabbana's Dolce fragrance.

She began modeling at the age of 16.

She was represented by the Ford Modeling Agency and considered her cheekbones to be her most striking feature.

She began dating the London based photographer Ash Kingston in 2015.

Both she and fellow model Ginta Lapina gained fame as faces of Dolce & Gabbana.

Kate King Is A Member Of