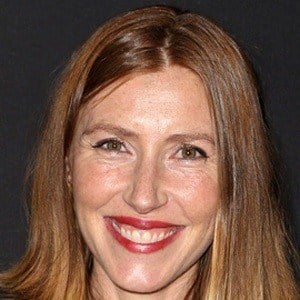 Actress and producer who inherited her fame through her mother, former Bond star Jane Seymour. She would make a name for herself appearing in films like Stormhouse and A Royal Christmas.

She made her acting debut alongside her mother in the 1989 film La révolution française.

She executive produced the 2009 television series The Quitter Show.

Her mother married her father, David Flynn, in 1981. She has one younger brother, Sean Flynn, and two younger half-brothers, John Stacy and Kristopher Steven.

In 2006, she appeared in the comedy film Blind Dating alongside Chris Pine and Jennifer Alden.

Katherine Flynn Is A Member Of