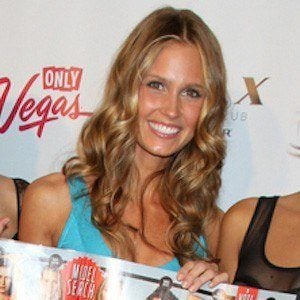 Model who is known for having appeared on various magazine covers. She has appeared on the cover of Fitness magazine on multiple occasions.

She was discovered at the age of 18 in Virginia, near her hometown. She also began dating Sidney Crosby in 2008, shortly after her discovery.

In 2011, she was in the running to appear in Sports Illustrated's Swimsuit Edition as a featured model, but was not ultimately chosen. She has also worked for Abercrombie & Fitch.

She was born and raised in Virginia. She has been in a longterm relationship with NHL star Sidney Crosby.

Her boyfriend Sidney Crosby won his 2nd Hart Trophy, given to the NHL player deemed most valuable to his team, in 2014.

Kathy Leutner Is A Member Of