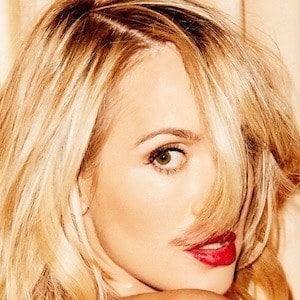 Model, television host, and brand ambassador who was well known for her mskatiemay Instagram and Tumblr accounts. She was also the self-proclaimed Queen of Snapchat. She passed away after suffering a stroke at the age of 34.

She was a cheerleader her entire life, including cheering at the Super Bowl and Pro Bowl.

She became the face of the social sports app JetBet. She was the Snapchat correspondent at the Video Music Awards and was featured by Playboy, GQ, and Esquire.

She grew up just outside of Pittsburgh, Pennsylvania in a small town.

She and fellow model Bryana Holly both generated followings of more than 1 million on Instagram.

Katie May Is A Member Of