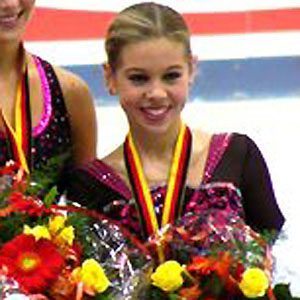 She decided she wanted to be a professional skater at the age of four, and began skating before the age of six.

At the same time as skating in international competitions, she volunteered to help Alzheimer's research and children's education causes.

She was born in Houston, Texas, and was raised there with her brother Brennan.

Paul Wylie was another well-known skater from Texas - he competed in the 1992 Olympics.

Katy Taylor Is A Member Of