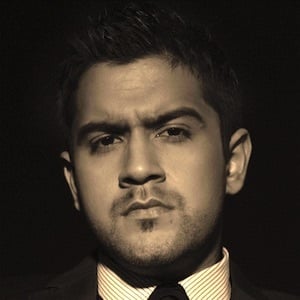 British actor renowned throughout Indian for his role as Jaat in the 2009 film Love Aaj Kal. He also starred as Mr. Gupta in Happy New Year and Naresh in the biographical thriller Neerja.

He was a member of dance and drama clubs throughout primary school, eventually enrolling at The Padmini Kholapuri School of Acting at the age of nine.

One of his earliest successes was portraying Ash in the short form drama UGetMe.

He grew up in London with his parents, Kaushik and Geeta, and his brother, Ravi. In 2012, he married Australian Indian Sherryl Wiltshire.

His character Naresh in the film Neerja, is the ex-husband of Sonam Kapoor's character Neerja Bhanot.

Kavi Shastri Is A Member Of