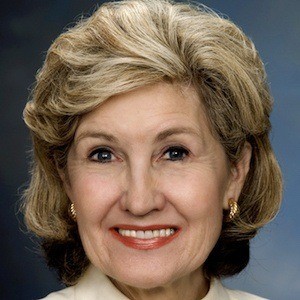 Republican politician who was a United States Senator from Texas from 1993 to 2013. He was voted one of the 30 most powerful women in Ladies Home Journal.

She received her Bachelor of Arts degree from the University of Texas at Austin in 1962 when she was only nineteen years old.

She was the first woman to represent Texas in the U.S. Senate and she was also the first Texas U.S. senator to receive more than four million votes in a single election.

She married Ray Hutchison in 1978 after being married to and divorcing John Pierce Parks.

She was succeed by Ted Cruz in the Senate.

Kay Bailey Hutchison Is A Member Of