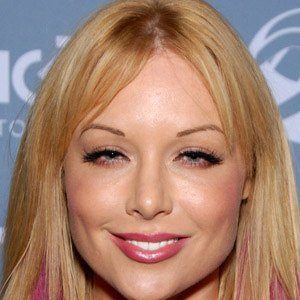 Former adult film performer and writer who has won numerous awards for her work. She has been a host on G4, a reality TV guest star and a guest on Attack of the Show.

She signed her first contract with an adult film company in 2006 while a senior at California State University, Sacramento.

She had a recurring role in Cinemax's Life on Top, made appearances in FX's The League, was cast in the film The Obsession and also co-hosted a videocast called Kayden's Review. She has written columns for Complex and XBIZ magazine.

She grew up in the Sacramento region and is of Swedish descent. She became engaged to Manuel Ferrara and the two welcomed a daughter on January 23, 2014.

She appeared on the AVN red carpet with co-hosts Dave Navarro and Jesse Jane.

Kayden Kross Is A Member Of