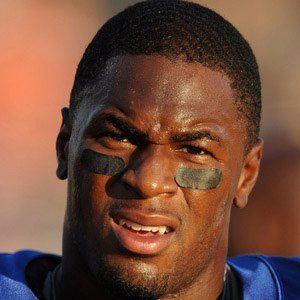 Former NFL cornerback who returned an interception for a touchdown for the Indianapolis Colts in Super Bowl XLI. After spending his first six NFL seasons with the Colts, he played for the Atlanta Falcons in 2011, then joined the Chicago Bears in 2012 up until retirement in 2014.

He played college football at Illinois after being a four-year starter at Hubbard High School in Chicago.

He grew up as a Chicago Bears fan and later joined the team towards the end of his career. He got engaged to actress Taraji P. Henson in May 2018 after nearly three years of dating, but the engagement was called off in 2020.

He played in the Super Bowl against Bears head coach Lovie Smith.

Kelvin Hayden Is A Member Of