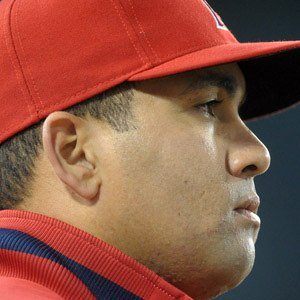 MLB first baseman who began his career in 2006 with the Los Angeles Angels. He helped the Kansas City Royals win the World Series Championship in 2015.

He joined the Cuba national baseball team in 2002.

In July, 2012, he became the 3rd player in Major League history to hit a home run from each side of the plate in the same inning.

He had two children with his wife Yarley.

He played alongside star slugger Albert Pujols for a season on the Angels.

Kendrys Morales Is A Member Of