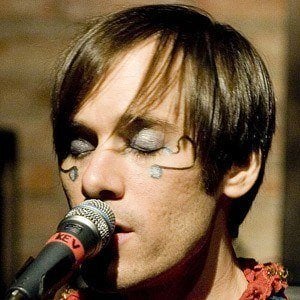 Singer-songwriter best known as the frontman for the experimental pop band Of Montreal. His band has released a number of critically-acclaimed albums like 2007's Hissing Fauna, Are You the Destroyer?

He founded Of Montreal in 1996, naming the band after an ill-fated romance someone from Montreal.

In 2007 he began performing on-stage as his alter ego, Georgie Fruit.

His brother David is an artist who has designed album art for Of Montreal. During his marriage to Nina Aimee Grøttland he welcomed a daughter named Alabee. He and Nina divorced in 2013.

He and Neutral Milk Hotel singer Jeff Mangum are both members of the musical collective Elephant 6.

Kevin Barnes Is A Member Of