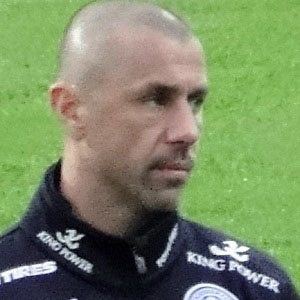 He started his career as a right back with Southampton before moving on to the non-league side for several seasons.

He helped lead Birmingham City to the Football League Championship finals in 2008-09 and a League Cup Championship in 2011.

He had four children with his wife Julie.

He played alongside Michael Owen on the English national team from 1999 to 2002.

Kevin Phillips Is A Member Of