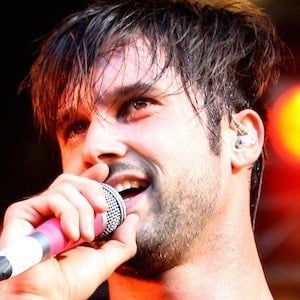 Lead vocalist and keyboardist for the German electronicore band Eskimo Callboy. The band has released two Top 10 charting albums in Germany: We Are the Mess and Crystals.

He and five other bandmates came together to form the group in 2010 and were previously known by the band name Her Smile in Grief.

Eskimo Callboy won the award for Best Newcomer at the German Metal Hammer Awards in 2013.

He and the band formed in Castrop-Rauxel, Germany.

The band created a cover of cover music video of the Katy Perry song "California Gurls."

Kevin Ratajczak Is A Member Of