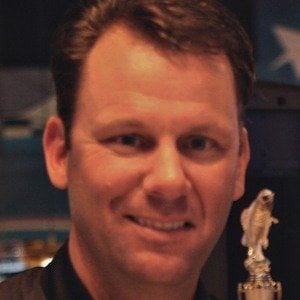 Dominant bass fisherman who has been named Outdoorsman of the Year and FLW Angler of the Year.

He started his professional bass fishing career in 1991, one year before winning his first Angler of the Year title.

He has won the Bassmaster Classic four times and Toyota Tundra Angeler of the Year title seven times.

He raised twin sons, Jackson and Nicholas, with his wife Sherry VanDam.

He and golfer Tiger Woods both won ESPY Awards in 2002.

Kevin VanDam Is A Member Of