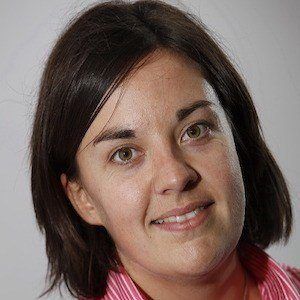 Scottish politician who served as the Leader of the Scottish Labour Party from 2015 until 2017. She'd previously served as the party's deputy leader. In 2017, she appeared on the reality series I'm a Celebrity...Get Me Out of Here.

After graduating, she worked as a parliamentary assistant before being elected to represent the Lothian Region in 2011.

Her father is Jeff Dugdale.

She succeeded Jim Murphy as the Labour Party's leader.

Kezia Dugdale Is A Member Of