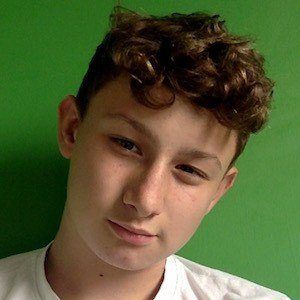 Content creator on YouTube and live streamer on YouNow who became best known for his video creations on musical.ly. Unfortunately, his account was hacked after he had already surpassed 150,000 fans, and he had to start over on the app.

He worked at an Adidas store in London, England.

He is originally from Liverpool, England. His parent's names are Dave and Heidi Utley.

He and SimplyLuke both earned representation with Big Pure Talent.

Kian Utley Is A Member Of