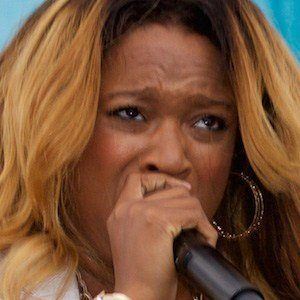 Also known as "Kiki," she is an American gospel singer who rose to prominence for albums such as This is Me, Bold Right Life, and Free and The Sheards.

She was brought up in West Bloomfield in a family of gospel singers.

She has appeared in the films Blessed & Cursed, WOW Gospel 2007, and The Gospel: Live.

Her mother, Karen Clark Sheard, worked as a gospel singer and her grandmother was gospel choral director Mattie Moss Clark. Her brother J. Drew Sheard II became an R&B singer. She and Jordan Kelly got engaged on June 20, 2020 and were married in December 2020.

She appeared in the 2010 film Preacher's Kid with singer LeToya Luckett.

Kierra Sheard Is A Member Of