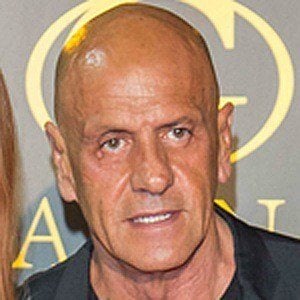 Television presenter and actor widely recognized as a panelist and collaborator on shows like A tu lado, Sálvame, Resistiré, ¿vale?, and Punto pelota.

Before beginning his television career, he briefly studied law at the Universidad Complutense de Madrid. He made his debut in 2002 in Al descubierto.

In 2011, he made his silver screen debut in a secondary role in Torrente 4: Lethal Crisis.

Born to Manuel Matamoros Ripoll and Enriqueta Hernández Martín, he has two brothers, Manuel and Fernando, and a twin brother, Jose Antonio. He married presenter Marian Flores and they had four children: Lucia, Diego, Laura, and Irene. He also has a daughter, Ana, with model María José Giaever.

He competed against Jacqueline Aguilera on the second season of Big Brother VIP in 2005.

Kiko Matamoros Is A Member Of