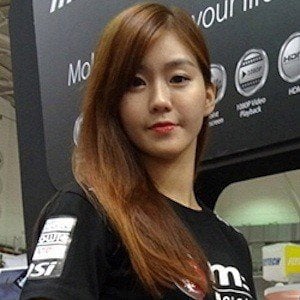 Professional StarCraft II Terran player who is known by her gamertag Aphrodite. She became the second female to ever join a professional gaming team in November 2011 when she joined Team StarTale.

She initially began her gaming career as a guest streamer on her friend RainBOw's stream. She participated in her first major event in November 2011 at the Zowie Divina all-female gaming tournament in China.

She is the first ever woman to win a Heart of the Storm match on GOMTV studios in Gangnam, South Korea. She earned a 1st place finish at the 2015 MSI Woman StarCraft2 League tournament.

Kim Ga Young Is A Member Of