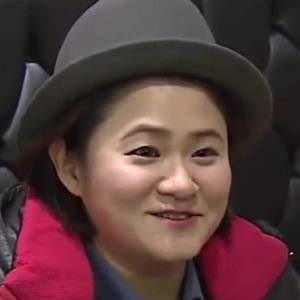 Comedian who hosted MBC's music show Show Champion with Super Junior's Shindong in 2012. She won the Radio Top Excellence Award at the 2013 MBC Entertainment Awards. She has over 170,000 followers on her Instagram account.

She dreamt of living in the Korea National Training Center for athletes before pursuing comedy.

Her debut was on the show People Looking For Laughter in 2004. She won the Baeksang Arts Award for Best Female Variety Performer in 2006.

She is from Daegu, South Korea.

She and Kim Sung-won are Koreans who have both been nominated for MBC Entertainment Awards.

Kim Shin Young Is A Member Of