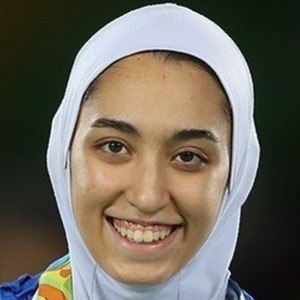 Iranian taekwondo martial artist who earned a bronze medal as a 57kg competitor at the 2016 Olympic Games. She subsequently made history as the first Iranian woman to earn an Olympic Games medal.

She rose to massive renown as a youth taekwondo competitor for winning the gold at the 2014 Youth Olympic Games.

She is of Iranian Azerbaijani descent.

Kimiya Alizade Is A Member Of