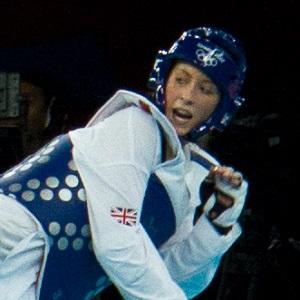 Welsh taekwondo athlete nicknamed The Headhunter. She became the 2012 and 2016 Olympic gold medalist in the women's 57 kg division.

She left high school at age 16 to dedicate her life to taekwondo.

She became the UK's first taekwondo gold medalist, and she was named BBC Wales Sports Personality of the Year in 2012.

She was born in Bodelwyddan, Denbighshire, Wales and grew up with brothers, Luke and James.

She and Tom Daley both became national heroes for their efforts at the 2012 London Olympics.

Jade Jones Is A Member Of