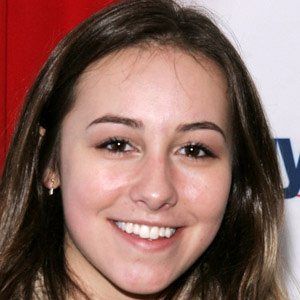 American women's figure skater who was the 2006 World champion, the 2007 U.S. national champion, and the 2007 Four Continents champion.

She trained for a large chunk of her career at the University of Delaware Figure Skating Club.

She was the first American woman to simultaneously hold the World, Four Continents, and National titles.

Grew up in Towson, Maryland with her parents Judy and Paul.

She is the second woman to win the World's Competition on her first appearance, after Oksana Baiul.

Kimmie Meissner Is A Member Of