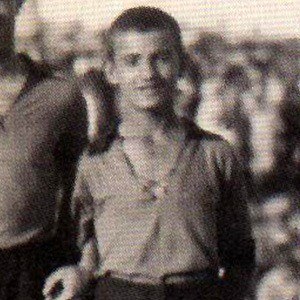 Footballer who was nicknamed the "Macedonian Tank"; spent his entire career with Aris Thessaloniki F.C. from 1933 until 1949.

He played for the Greek national team from 1936 until 1948, receiving seven caps and scoring four goals.

He lived to see such players as Ioannis Kyrastas carry on his generation's legacy.

Kleanthis Vikelidis Is A Member Of