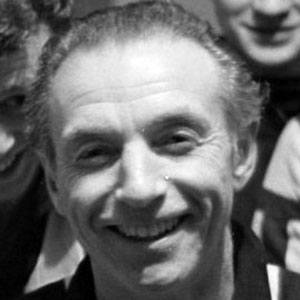 He started as an office boy for Stoke City with a wage of one pound per week, before joining the team.

He became the first soccer player to receive a knighthood in 1965.

He ran a hotel with his wife when he was too injured to play soccer.

He and Bobby Charlton both starred on the English national team.

Stanley Matthews Is A Member Of