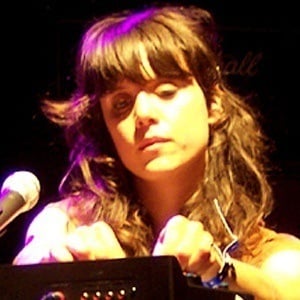 Icelandic vocalist and multi-instrumentalist also known as Kria Brekkan who was previously the frontwoman of the experimental musical group Mum. She then joined a post-rock and Balkan folk band called Stórsveit Nix Noltes.

She began her music career with the group Mum in 1997.

She has worked with bands such as Animal Collective, Rings, and Belle & Sebastian.

She was previously married to Animal Collective member David Portner. She has a twin sister named Gyoa.

She is an Icelandic vocalist and frontwoman like Nanna Bryndis Hilmarsdottir of Of Monsters and Men.

Kristín Anna Valtýsdóttir Is A Member Of