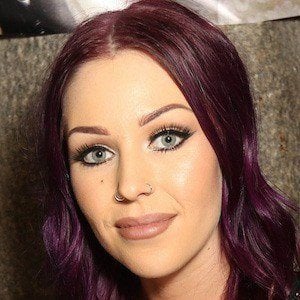 Advocate for cruelty-free beauty products who publishes beauty, hair, fashion, and fitness content to her popular self-titled YouTube channel, which has earned over 600,000 subscribers. In 2014, she founded the vegan and cruelty free Arctic Fox hair color. She is also a partner at cruelty-free PLUR Makeup and RUX Cosmetics.

She launched her YouTube channel in October of 2009, but did not begin posting makeup tutorials until the beginning of 2014.

She partnered with Collective Digital Studio. She is also a print and editorial model as well as music video actress.

She married Ryan Morgan on May 8th 2015; but they later announced their divorce in 2019.

Kristen Leanne Is A Member Of