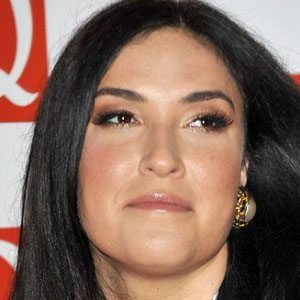 Famous for her work in the Roots Music and Americana folk genres, this vocalist, songwriter, and violinist is notable for her albums Spilt Milk (2009) and Dark Black (2012). She is also well known for her touring work with the renowned jazz musician Herbie Hancock.

She began her professional music career after signing with Blue Note Records in 2009.

Though she was born in New York, New York, she spent the bulk of her childhood in Savannah, Georgia.

In 2010, she was featured on fellow folk singer/songwriter Marc Cohn's Listening Booth album.

Kristina Train Is A Member Of