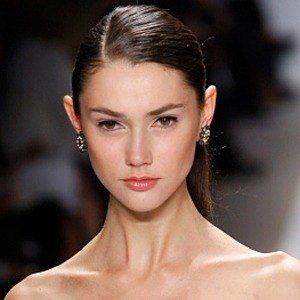 Russian model who rose to fame after competing on, and winning, the first season of Russia's Next Top Model. She walked the runway at several major fashion events for brands such as Versace, Gucci, and Louis Vuitton.

She made her modeling debut on You are a Supermodel at the age of 16.

In 2015, Cosmopolitan named her one of the most successful contestants of the entire Top Model series.

She competed on Russia's Next Top Model, which was created by Tyra Banks.

Ksenia Kahnovich Is A Member Of