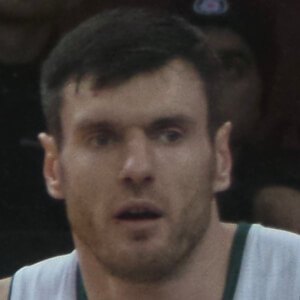 Center and power forward who has gained international fame for his club career playing the world over, including for Montepaschi Siena between 2007-2012. He was named the Italian Cup and Italian SuperCup MVP in 2011.

He made his pro basketball debut in 1996 with Lithuanian side BC Alytus.

He won the EuroBasket 2003 tournament with Lithuania's senior national squad. He was twice named to the All-EuroLeague second team in 2008 and 2011. He has been a member of the web group LavTwins.

His brother is fellow basketball player Darjus. He shares a son named Danielius with his wife Tatyana.

He has played with his brother Darjus Lavrinovic on the British Basketball League squad London City Royals since 2019.