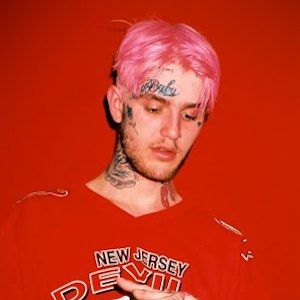 Notable for his digitally released projects Hellboy and Live Forever, he was a rapper whose lyrics leaned toward the somber topics of depression and addiction. In 2016, he joined GOTHBOICLIQUE alongside Lil Tracy.

He began to release original music online in early-to-mid 2015.

He developed a strong social media presence on Instagram with over 7 million followers. His manager broke the news of his passing on Twitter under the user name @RealChaseOrtega.

His real name was Gustav Elijah Åhr. He was originally from Pennsylvania; but he grew up in Long Beach, New York. His mother, Liza Womack, was a first grade teacher while his father, Karl Johan, taught college. He died of an overdose at the age of 21.

He recorded songs that were produced by Smokeasac.